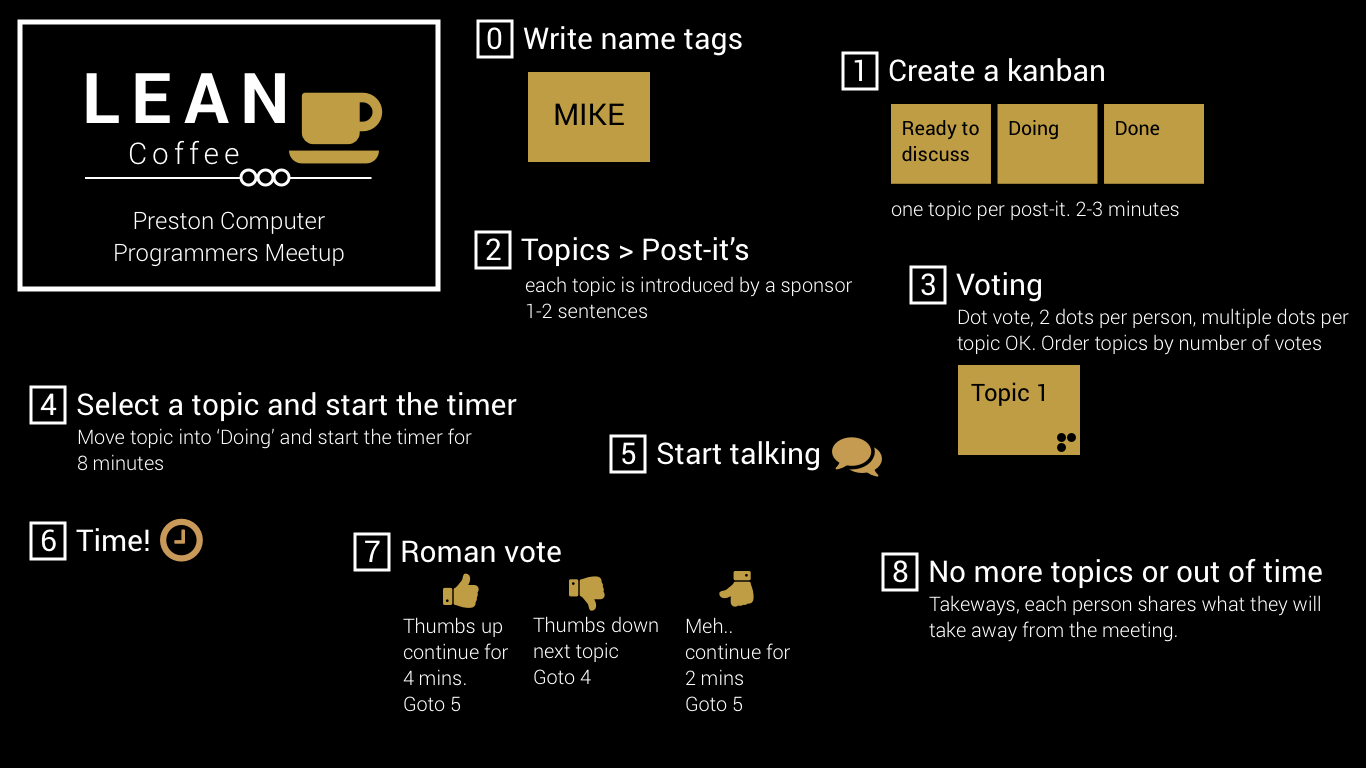 We celebrated our 6 month anniversary last night with 9 programmers in attendance.

The format for the meetup was lean coffee; where we all came up with some topics to discuss, voted on them and then talked through them over coffee and biscuits.

What did we discuss

Simon has read about Mob programming and was interested in seeing if any of us had tried it, and/or what our thoughts on it were

I (Mike) was interested in other developers techniques for improving and retaining knowledge of programming languages. In martial arts they have Kata, a set of moves that are practised to perfection to re-enforce techniques and to commit them to muscle memory. Is there something similar for programmers?

TDD Usage in the real world

Nick was interested in our experiences using TDD commercially

Sean is rewriting an old web-forms app with .Net core

DevOps with Docker is anyone using it

I (Mike) was interested in peoples views on Mobile apps build with web tech vs native applications and what issues, if any people have faced with both approaches.

Brexit - Good or Bad for programmers

Link to the Trello board with the cards on, if you want to add any details or links please feel free.

Another good meetup with 4 new faces, good variety of topics discussed and a lot of further reading to do.

All future meetups will be hash tagged on twitter with #prestonprogrammers if you want to keep up to date outside of Meetup.